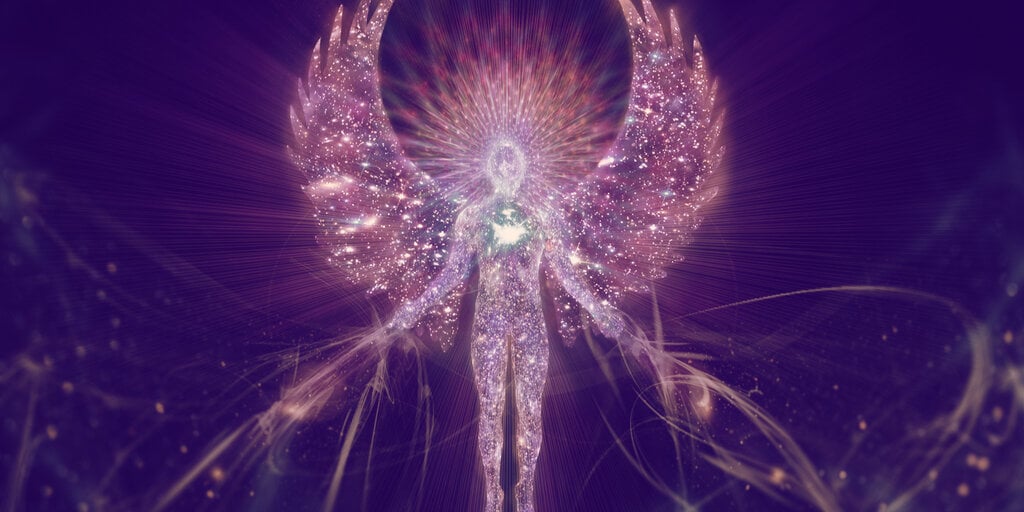 The SEC wants a default judgement against the people behind Meta 1 Coin, an allegedly fraudulent cryptocurrency with its own religious cosmology.

A trio of alleged crypto fraudsters have made off with around $9 million in ill-gotten funds, but can’t be bothered to show up to court to defend themselves, according to the US Securities and Exchange Commission.

Back in March, the SEC filed a complaint with the US District Court for the Western District of Texas against three individuals—David Schmidt, a former state senator in Washington, along with two Boca Raton residents, Robert Dunlap and Nicole Bowdler—for their role in defrauding investors out of $9 million. Bowdler teaches at a sort of online psychic workshop called Spirit School, and Dunlap is her boyfriend.

According to the SEC, Schmidt, Dunlap, and Bowdler had set up an ICO for a crypto token called Meta 1 Coin under false pretenses: they had claimed, at different times, that the coin was backed either by $1 billion of fine art or $2 billion of gold. The complaint alleges that not only were these claims false, but that investor funds were poured into an account called the Meta 1 Coin Trust, and were spent on non-business extravagances (including a $215,000+ Ferrari).

Now, with the defendants refusing to show up in court, the SEC has asked the judge to issue a judgment by default, and decide the case without them. According to documents reviewed by Decrypt, the SEC is asking that all stolen funds be returned, and that the defendants pay an additional penalty, which the court will set.

Much of the SEC’s initial complaint has to do with the defendants’ breathless promises to investors, and the near-religious tone of their pitches. Promotional materials on the coin’s website, which is somehow still online, depict it as a shining Star of David. “META 1,” shouts the homepage. “EMPOWERING HUMANITY!”

Per the complaint, Dunlap and Bowdler hawked their coin on an internet talk show called “Crypto Visions, Evolutionary Journeys,” which was hosted by a psychic that channeled “spirit guides” to recommend different cryptocurrencies. The SEC says Bowlder told the audience that Meta 1 Coin “has been specifically architected out of the angelic realm,” and that the archangel Metatron had revealed to her that the coin would be profitable.

“Bowdler also told the audience that Metatron and Abraham Lincoln revealed to her what would happen in the world’s financial and economic structure over the next 20 years,” according to the complaint.

Among the more tame details is that Schmidt and Dunlap were apparently promising investors a 224,923% return on their coin, and called it a “very conservative value.” Sounds legit!

The coin’s Instagram page is still up, too, which implies that Bowdler, Schmidt, or Dunlap have had the time to post, even if they haven’t shown up to court. “333META 1 COIN/333/ CREATORS IN THE MEDIUM OF FREEDOM ABUNDANCE UNITY AND LOVE,” reads a caption from November 2. “JOIN US!” Meta Coin 1’s blog has been updated as recently as today.

Reminder: the trio somehow managed to raise $9 million from over 500 different investors.

If only Metatron would tell them to show up in court.