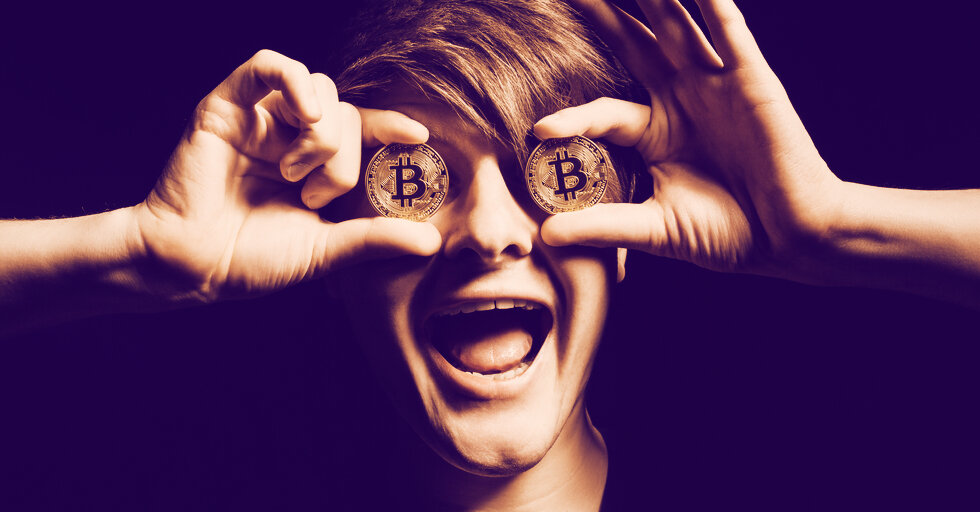 Bitcoin’s price is hurtling toward its previous all-time high of $20,000. But it will take a much bigger surge before it feels like 2017 again.

The Bitcoin world is in a strange situation right now.

Prices are booming but few are celebrating. Big corporations are holding Bitcoin and making huge profits from doing so, but they’re not receiving a lot of attention. Even billionaire investors are backing Bitcoin, and yet only some outside the crypto bubble are taking note. So, why hasn’t Bitcoin mania kicked in yet?

“In my opinion, most advocates/investors in cryptocurrencies have a long-term belief/outlook on them, and it was no doubt in their minds that we would return to the ATH of 2017, much like it has in previous cycles,” John Dantoni, research analyst at The Block, told Decrypt.

“While Bitcoin has done very well year to date, and will likely even experience a correction (at some point), this doesn’t feel like euphoria to me,” he added.

At the current price, nearly all Bitcoin holders—potentially 98% of them—are in profit. In fact, Bitcoin has only traded at a higher price for just four days in its history. So, it’s no surprise that, when I asked my Twitter following about Bitcoin’s price potentially hitting $20,000, few were satisfied by the idea. They are looking far beyond this measly milestone.

“When it hits 20k im gonna wait until it hits 100k..” wrote one Bitcoiner on Twitter.

But if the crypto community is riding this wave, why hasn’t the rest of the world joined in?

Perhaps we’re missing one thing: When Bitcoin hit $20,000, it wasn’t matching a previous all-time high—it was blowing it out of the water. The craziness didn’t kick in until Bitcoin rose 20 times greater than the previous $1,000 high.

A Citibank analyst appears to be thinking along the same lines. In a recent market report, Tom Fitzpatrick, a managing director at US bank Citibank, suggested that if Bitcoin follows the same trajectory as the past seven years, it could hit $318,000. That’s roughly 16X the previous all-time high.

Maybe then we’ll see the Bitcoin-themed jumpers and flashy lamborghinis.

“These investors need to feel like they’re missing out by not having exposure to crypto in their portfolio. It’s harder to feel like you’re missing out when stocks have been more volatile than they’ve been historically and specific stocks like Tesla are trading like lower-end altcoins,” he said.

Alternatively, investors may be waiting to see Bitcoin show that it can compete against major commodities like gold.

“While these days everyone has been waiting for the next milestone: 10K, 15K, 20K, soon it might be a question of awaiting BTC’s market cap to start reaching such milestones. No reason why digital gold shouldn’t equal at least 10% of real gold’s market cap,” Antoni Trenchev, managing partner of Nexo, told Decrypt.

Another aspect is that investors may have been dulled by outrageously bullish price predictions over the years. These ranged from Morgan Creek Digital co-founder Anthony Pompliano’s estimate of $100,000 by 2019 to John McAfee’s risque bet of $1 million by 2020. With such high expectations, $20,000 is barely gratifying.

It’s going to take a bit more than that to capture the world again.